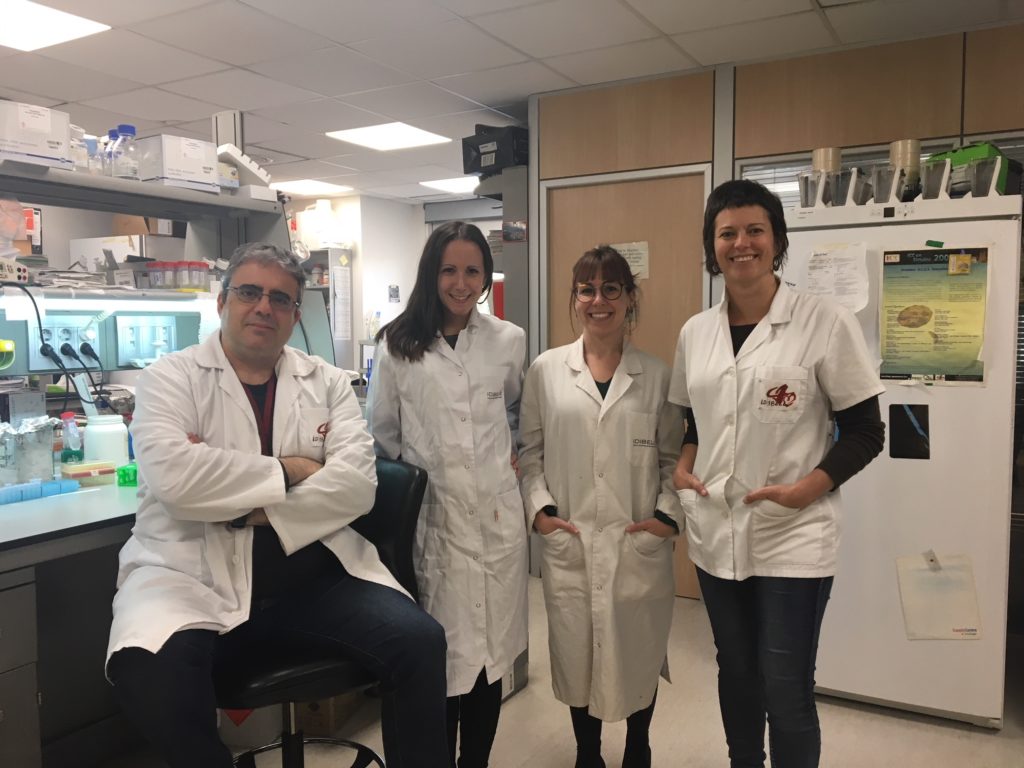 Researchers from the Epigenetics and Cancer Biology Program of the Bellvitge Biomedical Research Institute (IDIBELL), led by Dr. Àlex Vaquero, have elucidated the role of HP1 proteins in relation to chromatin structure and genome stability, distinguishing different functions based on the presence of different variants of this protein. The work, published in Cell Reports, was carried out in collaboration with other research groups in Europe and the United States.

Our genetic material is organized within the cell nucleus as chromatin, a structure consisting mainly of DNA molecules associated with histones and other proteins. Chromatin is found in two clearly differentiable states when the cell is not dividing: euchromatin (less condensed) and heterochromatin (more condensed). Heterochromatin protein 1 (HP1) is a structural component of heterochromatin that exists in three different variants or isoforms: HP1α, HP1β and HP1γ. Much of the activity of these isoforms seems to be redundant.

In a previous work published at the beginning of the year by the journal Epigenetics, Dr. Vaquero’s team showed that, unlike previously thought, under conditions of oxidative stress (involved in diseases such as cancer, Parkinson’s and Alzheimer’s, as well as in aging), the three variants of HP1 play different roles maintaining stability and establishing different levels of chromatin compaction. Specifically, the three isoforms establish differential functional relationships with the methyltransferase Suv39h1, a key enzyme in epigenetic genome control.

In this new study published in Cell Reports, the regulatory role of HP1α, HP1β and HP1γ in relation to pericentric heterochromatin, that is, the one that delimits the centromere area or junction point between the sister chromatids in a chromosome, is studied. These regions play a key structural role in the genome, and their alteration is associated with genomic instability, chromosomal aberrations and human diseases such as cancer. In a series of experiments with mouse embryonic fibroblasts (MEFs), the researchers show that the specific loss of HP1α leads to a greater presence of the epigenetic marks H4K20me3 and H3K27me3, directly linked to the hypercompaction of chromatin; on the other hand, loss of HP1β leads to an increase in CTCF in the study area, a key transcription factor in the regulation of chromatin architecture.

Thus, based on the secondary interaction they generate with other proteins and enzymes, different HP1 proteins could play a differential role in the organization of chromatin domains. Quoting Dr. Vaquero, “HP1α would maintain, together with CTCF, the internal structure of peripheral heterochromatin by controlling the distribution of H4K20me3 and H3K27me3. This finding extends our current knowledge of the organization of the genome providing a new perspective regarding the role of HP1 isoforms and their functional relationship with heterochromatin structure and stability”. Taking into account that alterations in pericentric heterochromatin have been related to defects in the cell cycle, DNA damage, chromosomal aberrations, cell death, cancer and aging, both basic research studies could potentially lead the way towards a better understanding of these processes linked to numerous diseases.