Each year in Catalonia, roughly 1,000 women die of breast cancer and 275 of ovarian cancer 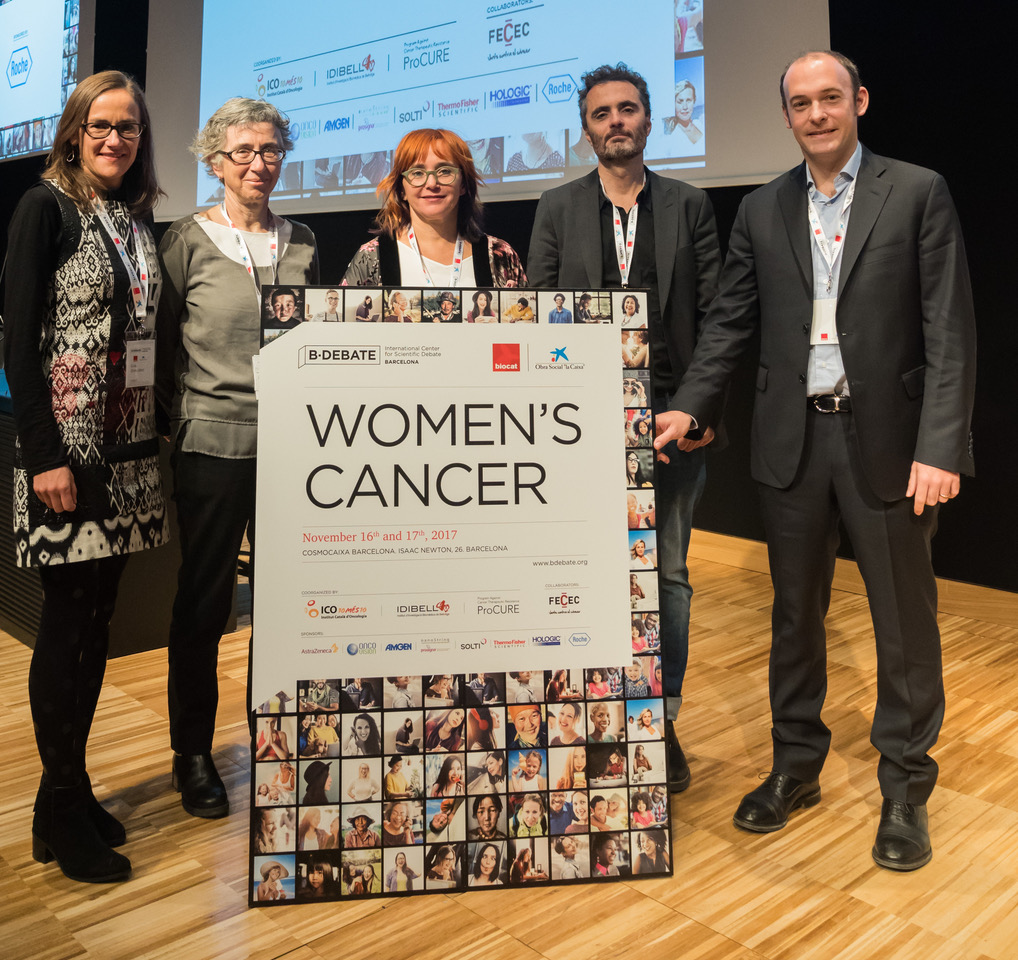 Global experts in women’s cancer present latest advances in prevention, early diagnosis and therapies at B·Debate Each year in Catalonia, roughly 1,000 women die of breast cancer and 275 of ovarian cancer, according to the

Catalonia Cancer Registry. Despite scientific advances in better defining tumors and creating increasingly personalized treatments for each patient, oncological diseases continue to be the main cause of death in advanced societies. For women, cancer can hit during their fertile years, which means there are even more consequences of this disease. On 16 and 17 November, international experts in women’s cancer are meeting at CosmoCaixa in an event hosted by

B·Debate, an initiative of Biocat and the “la Caixa” Foundation.

On this occasion, the

Catalan Institute of Oncology (ICO), in collaboration with

Vall d’Hebron Institute of Oncology (VHIO), are leading this event that will bring together world-renowned researchers to debate the advances in improving prevention and early diagnosis; identifying new therapeutic targets and curing cancer, particularly the most aggressive forms; and how researchers, patients and associations can join forces.

The program for the “Women’s cancer” B·Debate session is available on the B·Debate website.

is the most common oncology disease among women. Thanks to prevention programs that recommend having a mammogram every two years starting at 50, the prevalence of this disease has plummeted. Plus, other advances in therapies have meant that 85% of cases are now curable. For

ovarian cancer, the survival rate is about 50%. These tumors tend to be diagnosed later and therapies have advanced towards treatments geared towards genetic mutations, above all in the BRCA1

and BRCA2 genes. Prevention and early detection are key tools in the fight against cancer. So far, screening programs have greatly reduced mortality rates but we could be looking at a paradigm shift in the future. On one hand, the evolution of sequencing techniques allows scientists to analyze several genes at the same time. This means they can

study more genes in people suspected to have a genetic predisposition. The hereditary cancer group at the Catalan Network of Oncology has studied approximately 1,200 people with a professional and/or family history of cancer with different genes linked to cancer and has identified a lot of mutations, some of which would have gone unnoticed with traditional techniques. On the other, a

(polygenic risk score) has been developed to analyze a collection of genes associated with the risk of developing cancer. More than 200 genetic variants related to breast and ovarian cancer susceptibility have already been identified. This test, combined with previously known risk factors, could help select the women from the general population who need closer monitoring with mammograms and other tests and not just do them on all women, as is currently the policy. The United Kingdom has already started a pilot program.

One example of prevention efforts is the vaccine for

(HPV), which has drastically reduced the number of cases of

cervical cancer. In 2016, Australia was the first country to implement tetravalent vaccination against four types of viruses: two to fight cervical cancer and two for genital warts, a common benign manifestation from early sexual relations. The prevalence of these warts has dropped from 20% to 2%. Prevention has also greatly reduced the number of preneoplastic lesions, which are pre-cancerous alterations of the cervix that can now be diagnosed with a Pap smear and removed. In Denmark, the number of severe preneoplastic lesions and cases of cervical cancer have dropped 80%. More than 11 countries have reported a decrease in genital warts and cervical preneoplastic lesions, including Spain. While there are 133.5 new cases a year per 100,000 non-vaccinated women, the incidence rate drops to 7.7 new cases among those who have had the vaccine. In Catalonia and Valencia, a significant drop in genital warts has been detected among vaccinated girls.

Researchers defend a more participative model of medicine and research that gets society involved and allows patients to make informed decisions. For example, whether they opt for a mastectomy to prevent future breast cancer due to high risk or which therapy they choose depending on efficacy and toxicity. On 17 November, B·Debate proposes an open debate with journalists, experts in bioethics, specialists in oncology and genetic guidance, patients’ federations, researchers and more.