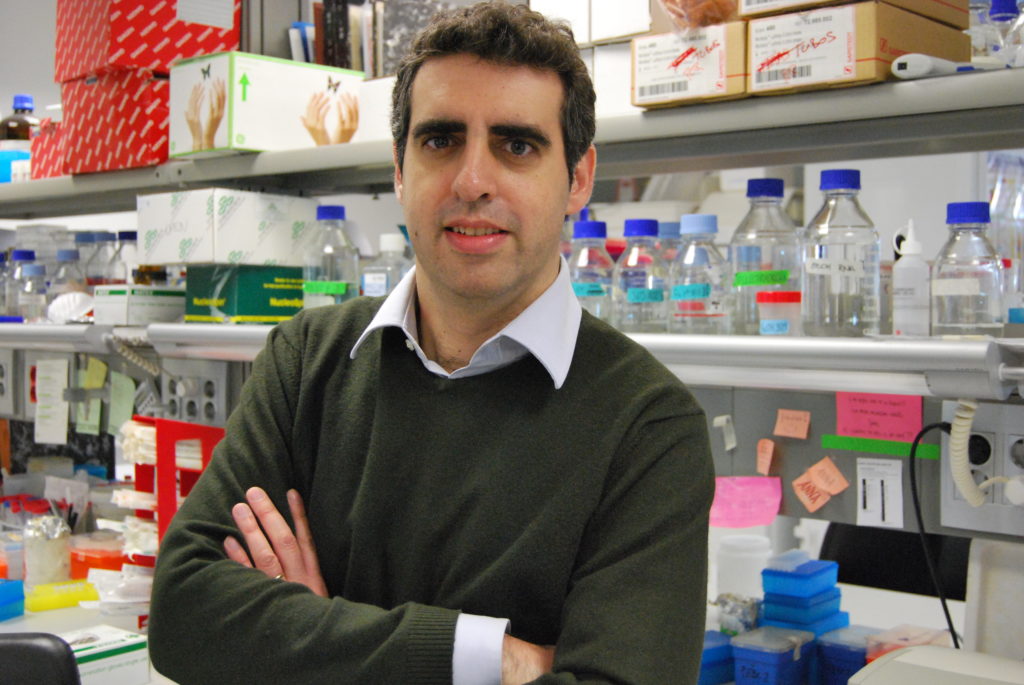 The board of the Catalan Parliament, on a proposal from its president, Carmen Forcadell, unanimously agreed last Tuesday 19th to award the physician and researcher Manel Esteller the medal of honor of the Parliament in the gold category, the highest distinction of the institution, which will be delivered in the during an official ceremony on September 10th, as announced at a press conference by Forcadell, who was accompanied by vice presidents M. Lluís Corominas and José M. Espejo-Saavedra.

Forcadell explained that “Catalonia is a pioneer in biomedical research and we wanted to reward the effort, tenacity and perseverance of our researchers and, above all, a career in the service of people’s lives”.

The president and the board have decided to distinguish Esteller for his career as a physician and researcher of international reference and in recognition of his research and achievements in the fight against cancer. The Parliament also wants to highlight the contribution of Esteller to the projection of a leading Catalonia in terms of scientific research and collective progress that has involved the application of its research to areas as diverse as human and social sciences, life sciences and health, engineering, technology and experimental sciences.

The Medal of Honor of Parliament is a distinction created by the board in 2000, and to this day it has already been granted to several outstanding personalities or institutions that deserve recognition. In previous editions,

The medal maintains Antoni Comella’s design made for the logo of Parliament on behalf of the institution during the I legislature, which reproduces the four Catalan bars on a gold background. In 2000, the goldsmith Joaquim Capdevila adapted it for the medal.

Manel Esteller
Manel Esteller Badosa (Sant Boi de Llobregat, Barcelona, ​​1968), is one of the most recognized Catalan doctors and researchers worldwide for his fight against cancer.

He graduated in medicine from the University of Barcelona (1992), received a PhD for his thesis on the molecular genetics of endometrial carcinoma (1996). From 1997 to 2001, he carried out post-doctoral studies at Johns Hopkins University in Baltimore (USA), where he focused on the relationship between DNA methylation and cancer. Between 2001 and 2008, he led the Cancer Epigenetics Laboratory of the National Cancer Research Centre (CNIO).

He currently is director of the Epigenetics and Cancer Biology Program of the Bellvitge Biomedical Research Institute (IDIBELL). He is also a professor of genetics at the University of Barcelona, ​​a research professor of the Catalan Institute for Research and Advanced Studies (ICREA) and he holds the position of president of the international Society for Epigenetics.

He is the author of more than three hundred scientific papers and has received numerous international awards. His research has been instrumental in the recent discoveries of some antitumor drugs and paves the way to describing the human epigenome, an international project in which Esteller has a crucial role.

Share on Facebook
Share on Twitter
Share on Linkedin
Share on Email
Tweets by @idibell_cat
Tags: Pluripotent Stemm Cell Therapy ,
Manage Cookie Consent
To provide the best experiences, we use technologies like cookies to store and/or access device information. Consenting to these technologies will allow us to process data such as browsing behavior or unique IDs on this site. Not consenting or withdrawing consent, may adversely affect certain features and functions.
Manage options Manage services Manage vendors Read more about these purposes
View preferences
{title} {title} {title}
Scroll to Top