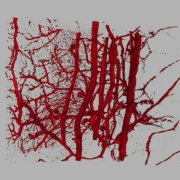 Polyinnervation takes place during the first phases of development, creating a great number of synapses. Then, neuronal circuits require the elimination of the excess synaptic contacts established in the early stages of neuronal development to refine their function. A study developed by the

Laboratory of Cellular and Molecular Neurobiology of the University of Barcelona

and the Bellvitge Biomedical Research Institute

(IDIBELL), published in the journal

Proceedings of National Academy of Sciences

(PNAS), shows that a protein secreted by glia is a trigger for synapse elimination. “The elimination of the excess of synaptic contacts takes place in the early stages of neuronal development and is required to refine the function of neuronal circuits”, explains Artur Llobet, researcher at the Faculty of Medicine of the University of Barcelona and the IDIBELL.

The expert explains that, in order to acquire a good neuronal functionality, contacts must be correct in terms of number and location. “A higher number of synapses do not always improve their functionality. Therefore, knowledge about both creation and elimination mechanisms could be useful to treat diseases that include problems of synaptic contact”, points out the researcher. The study has identified the secreted protein acidic and rich in cysteine (SPARC) as a trigger for synapse elimination in the process of synaptic pruning. Neurons respond to high concentrations of this protein by producing an autonomous process of synapse elimination. However, the glia secretes many and many molecules and, therefore, SPARC could be the first component of a big group of proteins able to set up the process of synaptic pruning. “The study emphasizes the key role that glia plays in the synaptic process, which was unknown so far”, concludes Llobet. The research team at the Laboratory of Cellular and Molecular Neurobiology of the University of Barcelona, headed by Dr Llobet, is working with single-cell micro cultures that do not include glia. Researchers use collagen drops and create micro islands on an agar plate. Neurons only grow in collagen regions, and when a neuron is alone, it finally connects with itself. The neuron becomes pre and post synaptic at the same time. “Such a controlled neuronal system allows us studying in vitro glial factors individually”, says Llobet. Moreover, researchers have also carried out experiments with in vivo model of tadpoles

Xenopus tropicalis. It has been observed that, when injecting the active region of the protein SPARC (the C-terminal domain) in the tail of tadpoles, they temporally lose their ability to swim. Images obtained with a confocal LSM microscope show that neuromuscular unions, particularly in muscle-motoneuron junctions and motoneuron axons, retract when protein SPARC is added. Since it is a temporarily effect, tadpoles regain spontaneous movement when innervation is recovered.

Share on Facebook
Share on Twitter
Share on Linkedin
Share on Email
Tweets by @idibell_cat
Tags: Cellular and Molecular Neurobiology ,
Manage Cookie Consent
To provide the best experiences, we use technologies like cookies to store and/or access device information. Consenting to these technologies will allow us to process data such as browsing behavior or unique IDs on this site. Not consenting or withdrawing consent, may adversely affect certain features and functions.
Manage options Manage services Manage vendors Read more about these purposes
View preferences
{title} {title} {title}
Scroll to Top