Contribution to the definition of a novel hereditary colorectal cancer syndrome 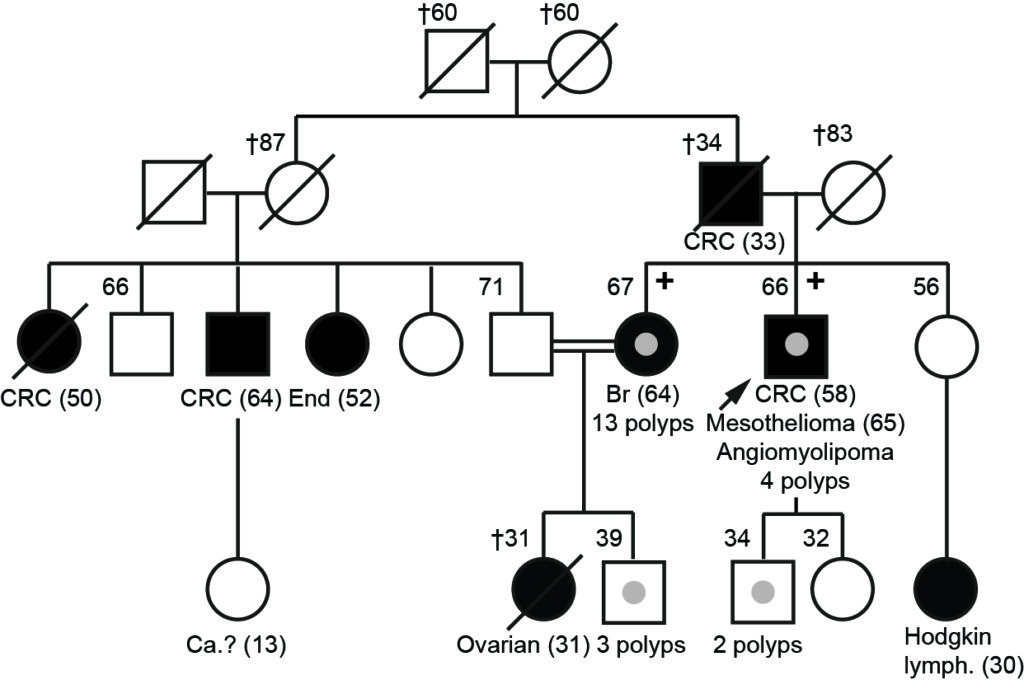 The polymerase proofreading-associated syndrome is characterized by the presence of germline mutations in the exonuclease domains of the polymerases ε (POLE) and δ (POLD1), causing an increased risk to colorectal cancer and polyposis. Moreover, female POLD1 mutation carriers are also at high risk of endometrial cancer.

Mutations in POLE and POLD1 as cause of polyposis and colon cancer were first identified in 2013 (Palles et al. Nat Genet 2013), thanks to the use whole genome sequencing in polyposis and colon cancer patients. Since then, the group lead by Laura Valle in the Hereditary Cancer Program of the Institut Català d’Oncologia (ICO) and the l’Institut d’Investigació Biomèdica de Bellvitge (IDIBELL), has been pioneer in characterizing the syndrome (Valle et al. Hum Mol Genet 2014, Bellido et al. Genet Med 2015).

In their latest contribution, recently published in the journal Genetics in Medicine, they have screened both genes in over 500 kindreds with familial colorectal cancer and/or polyposis without identified mutations in known high-risk genes. A total of 7 different mutations were identified, at least 5 of them with very strong evidence of pathogenicity. These, together with the previously reported cases, have allowed them to better characterize the syndrome from genetic and clinical standpoints. We now know that the syndrome-associated clinical features are: attenuated or oligo-adenomatous colorectal polyposis, colorectal cancer and probably brain tumors. In addition, POLD1 mutations predispose to endometrial and breast cancer.

Thanks to the comprehensive review of reported cases, the researchers have proposed for the first time selection recommendations for genetic testing and guidelines for clinical surveillance of mutation carriers.

For this study, the (ICO-IDIBELL and ICO-IDIBGi) Hereditary Cancer Program has counted with the collaboration of researchers from the University of Oviedo, the Spanish National Cancer Research Center (CNIO), and Elche University Hospital.

Share on Facebook
Share on Twitter
Share on Linkedin
Share on Email
Tweets by @idibell_cat
Tags: Hereditary cancer ,
Manage Cookie Consent
To provide the best experiences, we use technologies like cookies to store and/or access device information. Consenting to these technologies will allow us to process data such as browsing behavior or unique IDs on this site. Not consenting or withdrawing consent, may adversely affect certain features and functions.
Manage options Manage services Manage vendors Read more about these purposes
View preferences
{title} {title} {title}
Scroll to Top