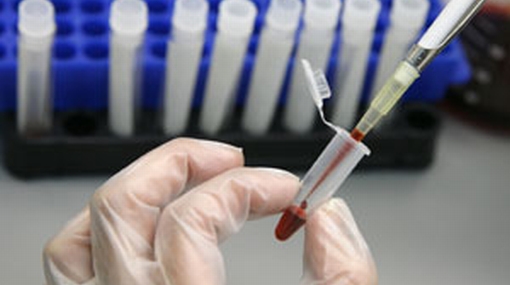 University Hospital of Bellvitge and IDIBELL have participated in an international study published in The Lancet that has evaluated a new drug with fewer negative long-term effects that one of the most used so far in treating HIV. Today, it would be beneficial for around 65% of patients with HIV

The tenofovir disoproxil fumarate, one of the most widely used HIV treatment drugs, may cause long-term toxic effects on the kidneys and bones in a small proportion of patients, but this side effect increases with increasing age and comorbidities of these patients. Now, a study published in The Lancet has proven that a new drug is as effective in the treatment but with one big advantage: no adverse effects on the tissues of patients.

The new drug, called tenofovir alafenamide does not generate long-term toxicity in the tissues of patients with HIV since it is not metabolized in the blood, but does so directly into lymphoid cells. Thus, the possibility that the kidney and bone of patients may be damaged and at the same time, high drug efficacy is maintained used so far that, in a single tablet in combination with other drugs, it avoids the 90%. “This new drug enables the same efficiency achieved so far with a better long-term tolerability. This is a breakthrough for a chronic disease like HIV, which need treatment for life,” says Dr. Daniel Podzamczer, head of the HIV Unit of the University Hospital of Bellvitge and researcher at the Infections of the respiratory track and in immunocompromised patients research group at IDIBELL.

Currently, tenofovir disoproxil fumarate is used in approximately 65% ​​of HIV treatments in different combinations. This is a drug that is metabolized directly into the blood and can cause tubular toxicity, which in the long term can cause the development of kidney disease, such as kidney failure, or other bone disorders such as osteoporosis or increased likelihood of fractures. “It is rare that patients reach the end of suffering these diseases as routine checks are done so that does not happen. The great advantage of the new drug is just as effectively achieved better tolerability and also that controls can reduce blood and urine, “says Dr. Podzamczer.

The study compared treatment with both drugs in combination with other three (emtricitabine, elvitegravir and cobicistat) in 1,733 patients from 16 different countries. “The results have shown that the negative effects on the kidney and bones are significantly lower in patients treated with tenofovir alafenamide and giving it greater safety for the patient,” says Dr. Podzamczer. After 48 weeks of follow-up, the two drugs had a 90% virological efficacy.

The results are not only beneficial for people with HIV, but could favor patients with hepatitis B, as tenofovir disoproxil fumarate is also one of the drugs used in the treatment of this disease.