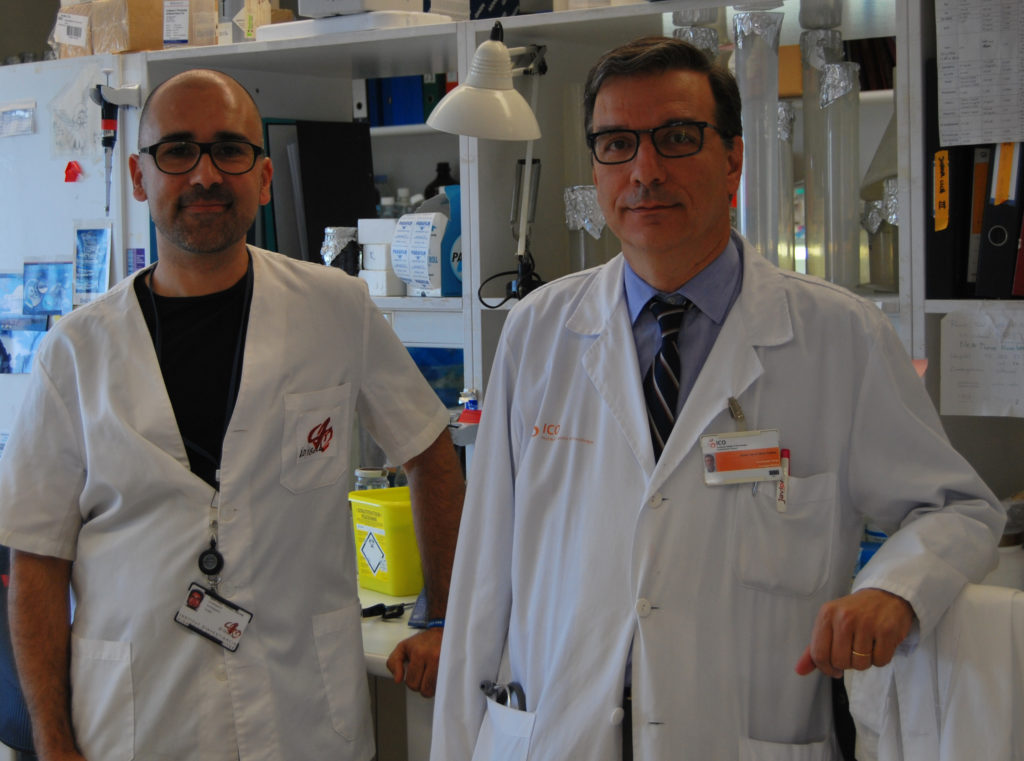 Researchers at sarcomas research group at the Bellvitge Biomedical Research Institute (IDIBELL) and the Catalan Institute of Oncology (ICO) have been tested in 19 patients a new therapeutic combination to combat resistant sarcomas. The clinical trial results, which indicate that the new treatment could stabilize the growth of these tumors have been published this week in the British Journal of Cancer.

Sarcomas are a rare type of tumor and complex since there are several subtypes. It can affect from children to older ages. It is usually diagnosed in advanced and very little localized phases. So the 50% cured with major surgeries and localized treatment. But the other 50% is resistant to conventional therapies and ends metastasizing.

The IDIBELL research group in sarcomas, led by Oscar Martinez-Tirado, investigate to test new drugs or new combinations of drugs that could be more effective against these tumors and for that works closely with the coordinator of the Unit of Sarcomas at ICO, Javier García del Muro. This teamwork joins the most basic research to the most clinical and has led in this case to bring the results of research from bench to bedside.

“With the results in the cell lines we thought it was the best option to test in mice,” said Martinez-Tirado “but the truth is that the results in animals were spectacular. In mice that had the tumor and we gave to them this combination, the tumor stopped growing and weeks after stopping treatment it was not recovered, as it does if we treat them with chemotherapy alone or only with rapamycin. ” Responsible for this phase I clinical trial has been Javier García del Muro. It has been tested this new combination in nineteen patients, most of sarcoma but also included patients with other tumor types that have no treatment. “Although Phase I trials are used to determine the recommended dose and discard toxicities, we have seen that the combination is active in various tumor types, as we have seen prolongated stabilizations in advanced and resistant tumors to chemotherapy” .

With these encouraging results, the group has launched a phase II clinical trial. “We have completed the recruitment of patients, in this case, only sarcomas, to test whether this combination really works in these patients and whether it is better than current treatments.”