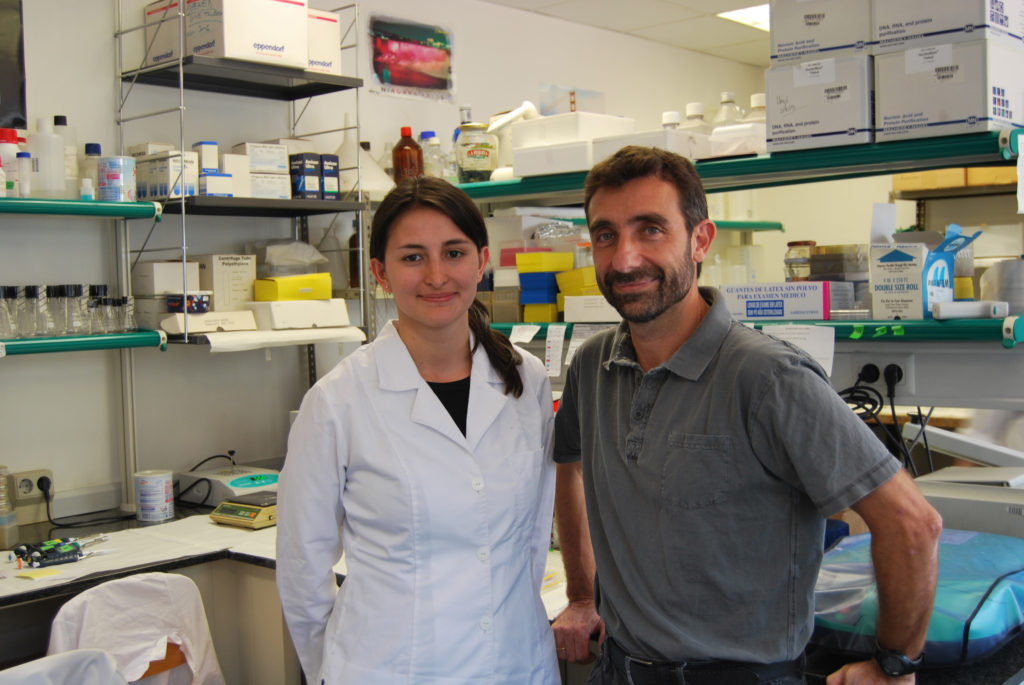 Researchers at the Bellvitge Biomedical Research Institute (IDIBELL) and the University of Barcelona have discovered the interaction between HERC2 proteins with another protein called p53 that is inactivated in more than half of human tumors. The study results were published in the Journal of Biological Chemistry.

The team of José Luis Rosa, at the growth factors and cell differentiation research group at IDIBELL studies the molecular mechanisms of HERC family proteins. These proteins are ubiquitin ligases that regulate the function of other proteins. “In recent years,” explained Rosa “it has been shown that alterations in HERC family proteins are associated with various pathologies including ataxia, mental retardation and cancer.”

“Under physiological conditions, the role of the p53 protein is to protect from uncontrolled cell growth. Thus, mutations or other mechanisms to inhibit the function of p53, are associated with increased cell proliferation” as the researcher says “as a tumor is formed by uncontrolled cell growth, it is not surprising that an important step in tumor progression would be the inactivation of p53.”

P53 protein regulates the expression of genes involved in important cellular processes such as cell proliferation. Its activity is dependent on acquiring a structure of four associated molecules called tetramer. Researchers have found that HERC2 is necessary for the formation of the tetramer of p53 (termed oligomerization process) and thus HERC2 regulates p53 activity under physiological conditions.

The study suggests that mutations in HERC2 also may be associated with cancer in humans. “In the laboratory we have observed that without HERC2 cells increases proliferation. It’s the same effect as if they inactivated p53” says Rosa.

Share on Facebook
Share on Twitter
Share on Linkedin
Share on Email
Tweets by @idibell_cat
Tags: Cell signalling and bone biology,
Manage Cookie Consent
To provide the best experiences, we use technologies like cookies to store and/or access device information. Consenting to these technologies will allow us to process data such as browsing behavior or unique IDs on this site. Not consenting or withdrawing consent, may adversely affect certain features and functions.
Manage options Manage services Manage vendors Read more about these purposes
View preferences
{title} {title} {title}
Scroll to Top