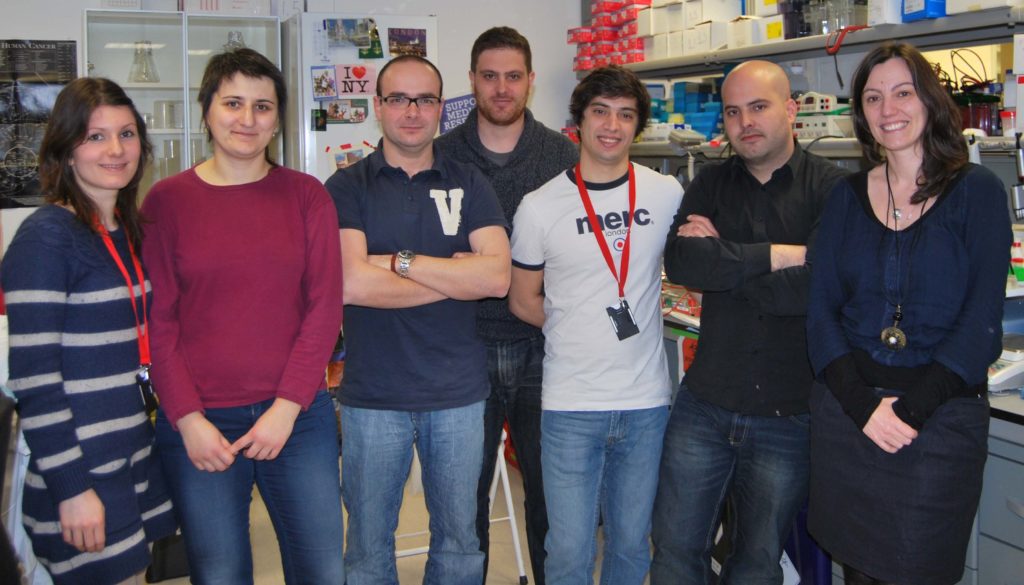 The Genes and Cancer Group at the Cancer Epigenetics and Biology Program of the IDIBELL has found that the MAX gene, which encodes a partner of the MYC oncogene, is genetically inactivated in small cell lung cancer. Reconstitution of MAX significantly reduced cell growth in the MAX-deficient cancer cell lines. These findings show that MAX acts as a tumor suppressor gene in one of the more aggressive types of lung canc

In addition to identifying the tumor suppressor role of MAX in lung cancer, the group led by Montse Sanchez-Cespedes has unveiled a functional relationship between MAX and another tumor suppressor, BRG1, in virtue of which BRG1 regulates the expression of MAX through direct recruitment to the MAX promoter. However, the functional connection is even more complex. On one hand, the presence of BRG1 is required to activate neuroendocrine transcriptional programs and to up-regulate MYC-targets, such as glycolytic-related genes. Moreover, the depletion of BRG1 strongly hinders cell growth, specifically in MAX-deficient cells, heralding a synthetic lethal interaction. The preferential toxicity of the inactivation of BRG1 in MAX-deficient lung cancer cells opens novel therapeutic possibilities for the treatment of SCLC patients with MAX-deficient tumors.

The Genes and Cancer group has identified several genes altered in lung cancer. Among these is BRG1 (also called SMARCA4) and the latest generation-sequencing technologies have extended these findings to other tumor types evidencing that BRG1 inactivation is widespread in cancer. BRG1 encodes one ATPase of the SWI/SNF chromatin remodeling complex and Dr. Sanchez-Cespedes group had previously shown that loss of BRG1 is closely related to the activation of MYC in lung cancer. Both conditions are mutually exclusive and act preventing cell differentiation and promoting cell growth. The current discovery that MAX acts as a tumor suppressor in lung cancer provides evidence that an aberrant SWI/SNF-MYC/MAX network is essential for lung cancer development.