The discovery is based on targeting the tissue surrounding the tumor, instead of the tumor directly 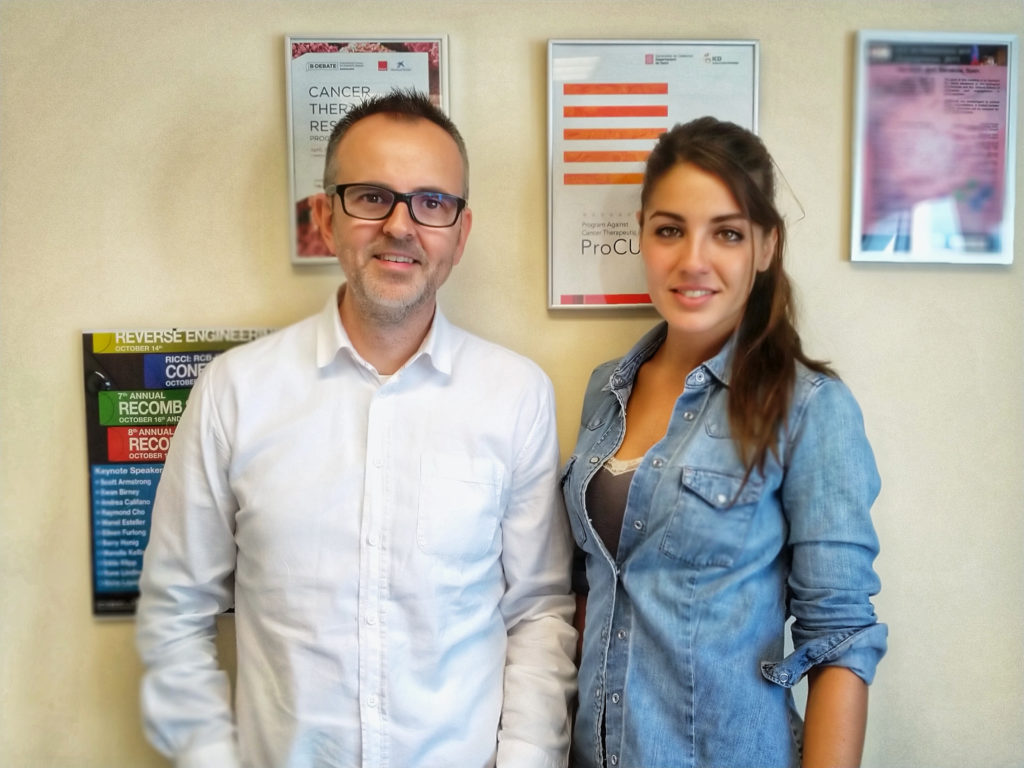 Researchers from the Bellvitge Biomedical Research Institute (IDIBELL) and the Catalan Institute of Oncology (ProCURE program), led by Dr. David G. Molleví with Dr. Natalia Guillén Díaz-Maroto as the first author, published in Clinical Cancer Research the bases for new therapies against colorectal cancer. The study was carried out within Oncobell, IDIBELL’s research program focused on experimental therapies and molecular mechanisms in cancer.

“We have found that if we inactivate two proteins, called TAK1 and TGFBR1, which are involved in cellular signaling in normal tissue surrounding tumors, tumoral cells are more sensitive to chemotherapy and their metastatic capacity is reduced”, comments Dr. Molleví.

In a developed tumor we find different cell types. On the one hand, there are the cancerous cells, and on the other hand, there are “normal” cells, which are generically called stroma. Amongst these cells, the most common type are the fibroblasts, which provide support as if it were a scaffold. Fibroblasts supply, through the previously mentioned proteins (TAK1 and TGFBR1), molecules and factors that nourish the tumor and make it “invisible” to chemotherapy treatments.

One of the many existing research lines against cancer tries to alter the interaction between stroma and tumor, so that the tumor’s development is impaired, rendering it vulnerable. This way, tumors can be treated with chemotherapy with a lesser probability of resurgence.

“This finding provides the rationale to create new therapies against colorectal cancer, especially in the most abundant tumor subgroup in fibroblasts” adds Molleví.

Now, it will be just a matter of time to see how long it will take for new therapies to be developed based on the study results.