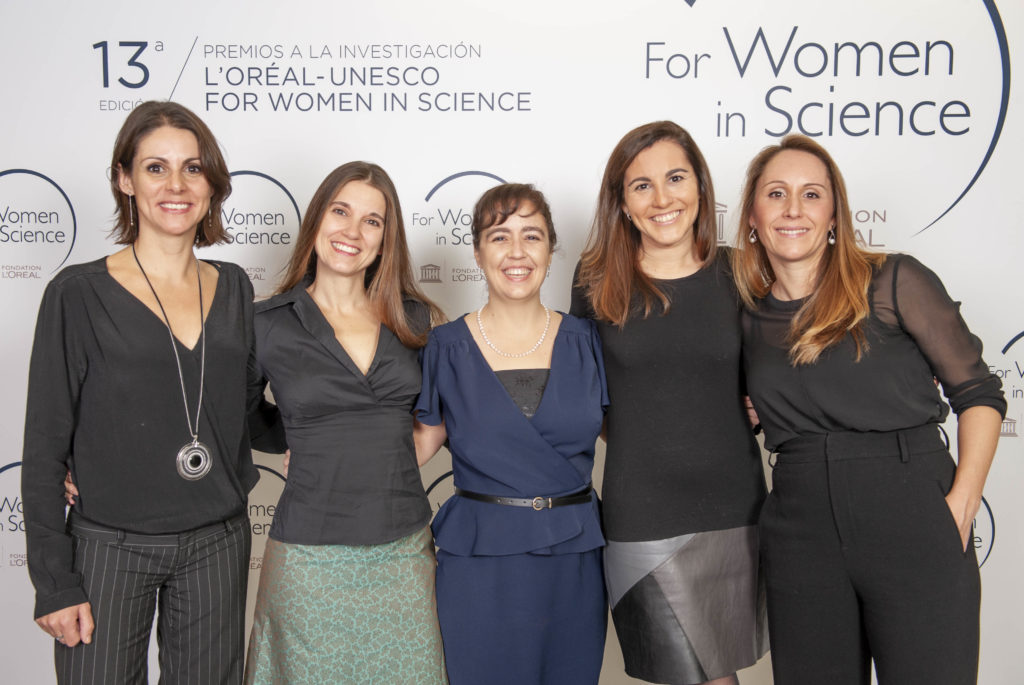 IDIBELL – University of Barcelona researcher Ruth Rodríguez Barrueco has been awarded one of the five L’Oréal-UNESCO Research Awards “For Women in Science” in its 2018-19 call. The award, worth € 15,000, will support and promote the project carried out by Dr. Rodríguez-Barrueco, which focuses on the discovery of new targets for breast cancer treatment.

Breast cancer is the most common cause of cancer-related death in females in Europe; effective treatments for the most aggressive cases are still to be found. Researchers have identified a small population of cells with stem cells characteristics (breast cancer stem cells, BCSC) which are related to tumour progression, resistance to treatment and metastasis. New therapeutic approaches suggest targeting these stem cells in combination with traditional chemotherapy. However, the selective clearance of BCSC remains a challenge, since they are very similar to normal stem cells.

“In this project, we want to find a strategy to identify some of the molecular mechanisms that are essential for BCSCs to survive. To do so, we will use the CRISPRs library that we have recently generated in our laboratory. The identification and validation of specific BCSC vulnerabilities has important clinical implications as they can represent effective candidates for new targeted therapies”, explains the IDIBELL researcher.

Dr. Rodríguez Barrueco’s previous research, carried out during a six-year postdoc at Columbia University and the Mount Sinai School of Medicine (New York), had a translational focus. In 2016, she joined Newcastle University as a faculty fellow; she was also awarded a Marie Sklodowska-Curie Fellowship funded by European Union H2020 program. In 2018, she joined IDIBELL as a Ramon y Cajal researcher. Lately, she has also been awarded one of the four annual grants of the Spanish Association for Cancer Research (ASEICA). The grant, announced on November 8th within the Association’s 16th International Congress, recognizes “the most important works of young researchers and also of those with a remarkable career.”

Women continue to be under-represented in public and professional life, particularly in science, where the “glass ceiling” is still a reality. Today, only 28% of scientists are women and only 3% of science Nobel Prizes have been awarded to women since the awards began in 1901. Despite this, there are many eminent women scientists, and raising their profile is vital to promoting greater gender equality in science.

The L’Oréal-UNESCO For Women in Science initiative, created in 1998 by the L’Oréal Foundation and UNESCO (the United Nations Educational, Scientific and Cultural Organization) aims to recognise women researchers who, through the scope of their work, have contributed to overcoming today’s global challenges. To date, the L’Oréal-UNESCO partnership has distinguished 97 eminent women at the height of their scientific careers and supported 2698 promising young women scientists through doctoral and postdoctoral Fellowships. Today, over 2795 women have been recognized in more than 115 countries.