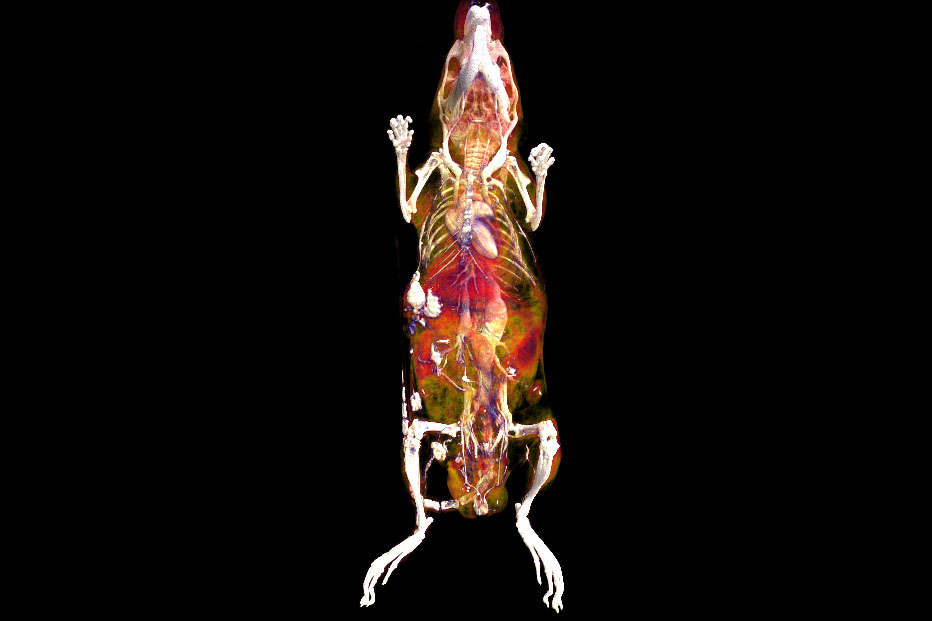 The findings are published in two independent but complementary papers in Science Translational Medicine, led by UCL and MSK respectively.

Researchers genetically engineered mice with a mutation in PIK3CA (a gene encoding for p100-alfa), a gene linked to cancer, and these mice unexpectedly developed venous malformations (VMs). VMs are characterized by deformed, swollen blood vessels. These vessels may appear just under the skin, causing pain and disfigurement, or deep in the body, leading to various health issues. One in 5,000 people are born with VM and there is no effective cure.

To verify the model, the teams genetically tested VM patient samples from 13 children participating in skin genetics research run by Dr Veronica Kinsler (UCL Institute of Child Health), and 32 patients from the vascular malformations unit of the Hospital de la Santa Creu i Sant Pau (Barcelona). This revealed that around a quarter of them had the same type of PIK3CA mutation as was engineered in the mice used in the study. Researchers then tested different drugs on these mice in search of an effective treatment.

“Rapamycin is a drug that blocks a signalling process that happens downstream of p100-alfa protein, so it stops one of its effects but does not block it at source,” explains lead author Dr Sandra Castillo (UCL Cancer Institute). “When we gave rapamycin to the mice, it showed clinical benefit, but in patients it can have serious side-effects and compromise the immune system. Our colleagues at MSK then tested drugs on the mice that directly inhibit PIK3CA, developed to treat cancer. These drugs worked well and significantly reduced the size of the malformations, not only when given through the bloodstream but also when applied directly to the skin as a cream.”

Although PIK3CA inhibitors are more specific than many cancer drugs, they still could have unpleasant side effects inside the body. A topical cream could provide a more targeted approach to treat VMs as it would not enter the bloodstream, but more research is needed before this approach can be tried in patients.

“It is incredibly exciting to have stumbled across new treatment options for these blood vessel disorders, essentially by accident,” says senior author Professor Bart Vanhaesebroeck (UCL Cancer Institute). “We originally set out to investigate cancer by inducing PIK3CA mutations in mice, with no idea that they might be linked to other diseases. When we showed samples from the mice to Professor Neil Sebire in Histopathology at Great Ormond Street Hospital, we were all shocked when he said the samples looked exactly the same as those from patients with VM. It’s still not clear why this mutation causes VM instead of cancer in these patients, so further research in this area could offer valuable insights into how to stop tissue from becoming cancerous.”

The study’s co-senior author is Dr Mariona Graupera from IDIBELL in Barcelona, who first discovered the importance of PIK3CA in blood vessel formation. “This paper supports the theory that blood vessels are much more dependent on PIK3CA than other cells,” says Dr Graupera. “We have previously looked at what happens when PIK3CA is inactivated, but here we saw that an activating mutation in this gene can lead to a dramatic overgrowth of blood vessels. In cancer, tumours need to form new blood vessels so that they can survive and spread. Drugs to stop these processes and starve the tumours are currently in clinical trials, and we now hope that such drugs may also have a role to play in treating VM.”

The work done in the laboratory of IDIBELL has been carried out by two research grants from the Ministry of Economy and Competitiveness (MINECO) of the Government of Spain, a grant from the Government of Catalonia, the People Programme (Marie Curie Actions) of the seventh Framework Programme of the European Union, the Institute of Health Carlos III, and the Funds for the European Regional Development under the project of excellence Oncoprofile.