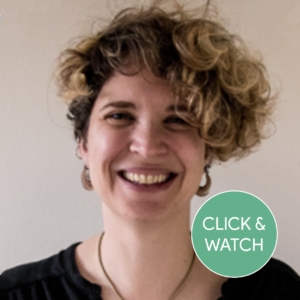 About the speaker
Dr. Mireya Plass studied a BS in Biology (2005) and holds a PhD in Health and Life Sciences (2011) from Pompeu Fabra University (Barcelona, Spain). She pursued postdoctoral training abroad first at the University of Copenhagen (Krogh Lab, 2011-2015) and later at the Berlin Institute for Medical Systems Biology (N. Rajewsky Lab, 2016-2019) before returning to Spain to complete her post-doctoral training at the Center for Genomic Regulation with a Marie Sklodowska-Curie Fellowship (Irimia Lab, 2019). In October 2019, she joined the CMRB as independent group leader.
Throughout her career, Dr. Plass has been interested in understanding how post-transcriptional regulatory mechanisms, such as splicing and alternative polyadenylation, shape gene expression from an evolutionary and systems biology perspective. Recently, her work has pioneered the use of single-cell transcriptomics to understand how gene expression drives cellular differentiation. As independent group leader, she wants to investigate the function of post-transcriptional regulation in gene expression and cell differentiation, and in particular its contribution to the development of neurodevelopmental and neurodegenerative diseases.

Scroll to Top
This site uses cookies Find out more