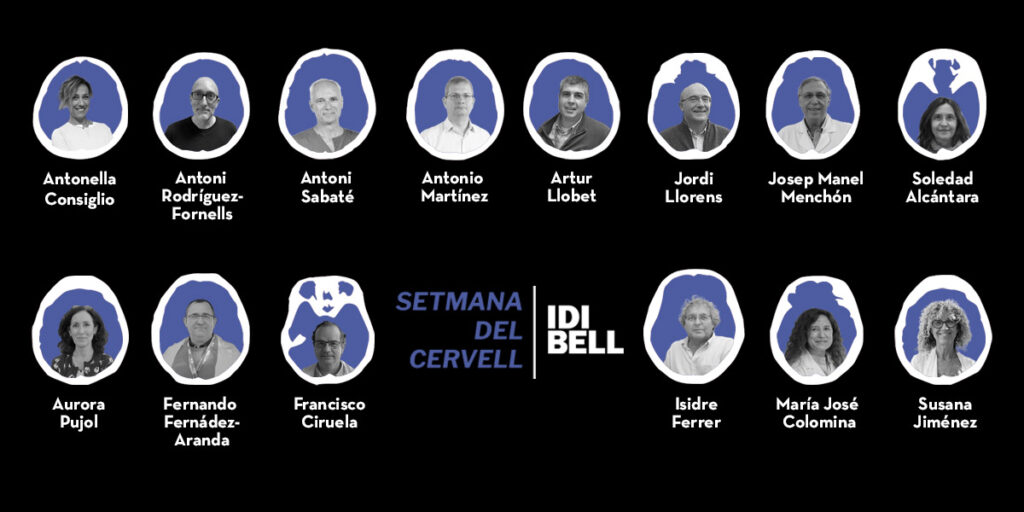 Brain Week is a global campaign to encourage enthusiasm and support for neuroscience. This campaign aims to raise awareness of the impact of neuroscience on our daily lives and review the latest advances in the field.

At IDIBELL, there are 11 research groups in ​​the neuroscience area that study the nervous system from the biological functioning point of view and advance in the understanding of the diseases that affect it.

This year the group of Psychoneurobiology of Eating Disorders and Addictive Behaviors has participated in a genetic study of more than half a million patients in which two new variants related to the risk of suicide attempts have been identified.

In this sense, another group ​​neuroscience area has also identified two genetic variants that would explain the abnormally reverberant behavior of the brain circuits involved in obsessive-compulsive symptoms in boys and girls.

Leukodystrophies are a heterogeneous group of rare diseases of genetic origin that are difficult to diagnose. This year a group from IDIBELL has led a study in which a new genomic medicine strategy has been created to improve the diagnostic rate.

A new genomic medicine strategy improves the diagnostic of leukodystrophies

Researchers from IDIBELL and the University of Barcelona have described that neurons derived from Parkinson’s patients show impairments in their transmission before neurodegeneration, which opens the door to early diagnosis and premature intervention to stop the neuronal death of this disease.

Photopharmacology is based on the development of light-sensitive drugs that can be activated where, when, and with the necessary intensity. An IDIBELL team has devised two treatments based on this innovative technology: a morphine derivative that does not generate addiction and a new treatment against psoriasis. In addition, They use this technology to find out the role of adenosine in the transmission of pain.

The results of a study carried out by Dr. Mònica Povedano, principal investigator at IDIBELL, show that multidisciplinary care increases the quality of life and survival of ALS patients.

A team of IDIBELL neuroscientists carried out a musical curiosity experiment at Sónar+D. The participants indicated through a mobile application their curiosity about the music that DJ Alicia was playing. The results are being analyzed and are expected to be presented in a scientific article this year.