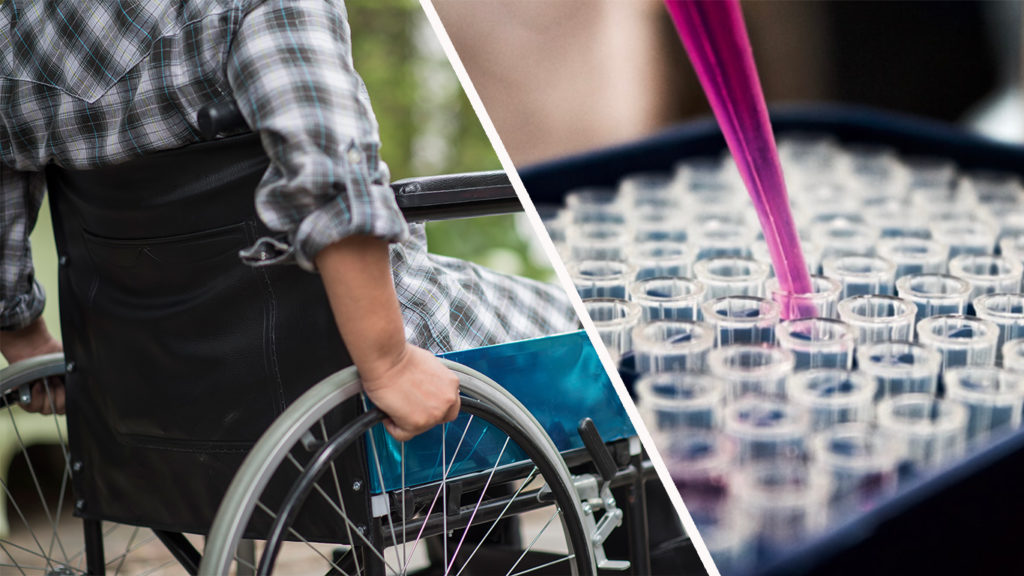 Amyotrophic Lateral Sclerosis (ALS) is a degenerative disease that affects the neurons in control of muscle tissues. As the disease progresses, these motor neurons lose their function and eventually die, causing progressive muscle paralysis with fatal prognosis. Unlike family-type ALS (fALS), which represents approximately 10% of ALS cases, in sporadic-type ALS (sALS) there are no previous hints of this disease and it is hard to diagnose. In this context, having tools for a correct diagnosis is important in order to offer a proper follow-up to patients. This kind of biochemical study is also of great relevance since it sheds light on the biological mechanisms behind this loss of neuromotor functionality.

A new study published in the International Journal of Molecular Sciences reveals that the protein CXCL12 is overexpressed in patients with sALS from early disease stages. The high concentration of CXCL12 is detected in samples of cerebrospinal fluid obtained by lumbar puncture.

The authors analysed sALS samples from cases at the early stage of the disease (within the first year after the appearance of the first symptoms). “Our results link CXCL12 to the neuroinflammatory response rather than to neuronal damage“, details Dr. Pol Andrés Benito, first author of the manuscript and researcher at the Bellvitge Biomedical Research Institute (IDIBELL), the Bellvitge University Hospital (HUB), the University of Barcelona (UB), the Institute of Neuroscience of UB (UBNeuro) and the Center for Networked Biomedical Research in Neurodegenerative Diseases (CIBERNED).

This protein is also overexpressed in patients with Multiple Sclerosis (MS). For this reason, “CXCL12 cannot be considered a specific biomarker for sALS” clarifies Dr. Isidre Ferrer, who has led the research from IDIBELL, HUB, UB and CIBERNED. “Still, CXCL12 can be useful since biomarkers are used in a clinical context. Symptoms and biochemistry provide complementary information to establish a good diagnosis” continues Dr. Ferrer.

The study shows 51 proteins differently expressed in sALS patients. To identify them as possible biomarkers, they must be validated and this requires time and investment. CXCL12 has been validated as a differential trait in patients with sALS compared to two different groups of samples. The analyses of this study reveal a possible coordinated function of CXCL12 / CXCR4 / CXCR7 in the spinal cord with implications in the processes of inflammation, signalling and neuronal preservation in sALS.

sALS samples from cases at the early stage of the disease have been compared with control samples of similar ages and also with samples of patients with other neurodegenerative disorders: Alzheimer disease, spinal muscular atrophy type III, frontotemporal dementia behavioural variant, and multiple sclerosis. The expression levels of CXCL12 are not significantly different in these diseases.

The method used for detecting protein expression levels is based on a new mass spectrometry technique called SWATH (sequential window acquisition of all theoretical mass spectra). This technique achieves accurate quantification and reproducible measurements of total proteins samples. The validations have been carried out through a widely used assay named ELISA (Enzyme-Linked ImmunoSorbent Assay), a technique that confirmed the protein levels by detection with antibodies.