Giant step in the ‘genetic architecture’ of anorexia nervosa 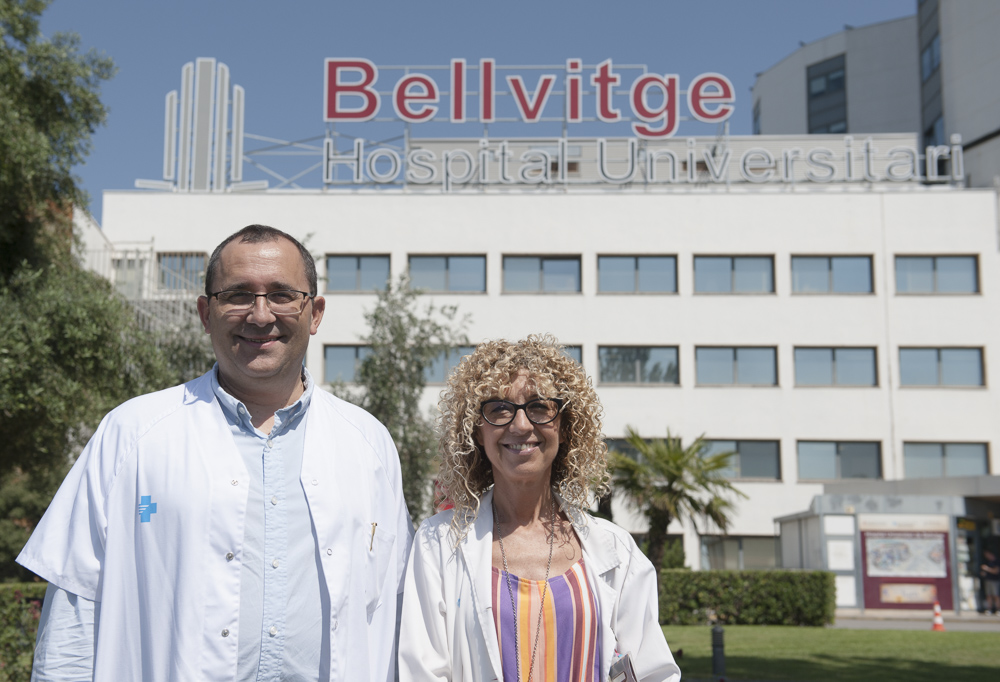 It is the most complete genetic report on anorexia nervosa carried out to date, with a group of around 17,000 people

The finding, which suggests a metabolic-psychological approach to this highly lethal disease, opens the door to developing new drugs for its treatment

Researchers from the Bellvitge Hospital-IDIBELL and CIBEROBN, and the Consortium and international working group on Eating Disorders (GWASAN) and the Psychiatric Genomic Consortium (GWAS-PGC) have identified eight genetic markers in almost 17,000 cases of anorexia nervosa. Fernando Fernández-Aranda and Susana Jiménez-Murcia, of the Psychiatry Service of Bellvitge University Hospital, are part of this far-reaching initiative in which 184 integrated specialists collaborate in more than 154 centers and research institutions around the world.

The analysis, the largest report on genome association conducted on this disease so far, has just been published in the prestigious scientific journal Nature Genetics.

The researchers analyzed the genomes of 16,992 patients with anorexia nervosa and 55,525 of the control group from data collected by the Anorexia Nerviosa Genetics Initiative and the Working Group on Eating Disorders of the Psychiatric Genomics Consortium. The authors identified eight genetic markers associated with this disease and were able to perform a more accurate analysis of the genetic architecture of the disorder. They also found that this pathology has genetic correlations with certain psychiatric disorders, such as obsessive-compulsive disorder and major depressive disorder, as well as physical activity, obesity and other metabolic traits. Thus, Fernández-Aranda points out that “Metabolic dysregulation in patients with anorexia nervosa could be explained even after a therapeutic restoration, as well as the interrelation between extreme weight situations; so from this discovery, it will be necessary to assess the reconceptualization of the pathology as a metabolic-psychiatric disorder”.

The authors conclude that these findings provide additional evidence that anorexia nervosa is a polyhedral disease, in which variables associated with the underlying mental disorder and metabolic factors involved interact.

Anorexia nervosa, the obsession with perfection that can lead to death

Anorexia nervosa is a complex and serious disease with a higher mortality rate than other psychiatric disorders. It is one of the most common Eating Disorders (ED) affecting around 400,000 people in Spain, of which 300,000 are boys and girls between 12 and 24 years old, being the third cause of chronic disease in adolescence. EDs cohabit with obesity/overweight (cases in which childhood obesity is a previous or consequent condition to the eating disorder, after for example a problem of bulimia nervosa and/or binge eating disorder) in more than 35-40% of cases. The presence of both conditions complicates and hinders the prognosis and outcome of treatment.

Anorexia nervosa and bulimia are the most frequent ED in adolescence, while the prevalence of binge eating disorders is higher in adults and similar in both sexes. One in four affected shows resistance to treatment and evolves towards chronicity, while more than 65% have a tendency to relapse. Those affected by ED have other psychiatric conditions associated, such as depression, anxiety or personality disorders. It is the mental illness with the highest mortality due to the physical complications it causes and suicide. 70% of teenagers do not feel comfortable with their bodies and six out of ten girls think they would be happier if they were thinner. Therefore, experts believe that treatment and prevention must aim, in addition to physical recovery, the development of self-esteem, the management of emotions and the creation of a scale of values away from stereotypes.

Share on Facebook
Share on Twitter
Share on Linkedin
Share on Email
Tweets by @idibell_cat
Tags: Neuropathology, Neuroscience Program, Psychoneurobiology of Eating and Addictive Behaviours,
Manage Cookie Consent
To provide the best experiences, we use technologies like cookies to store and/or access device information. Consenting to these technologies will allow us to process data such as browsing behavior or unique IDs on this site. Not consenting or withdrawing consent, may adversely affect certain features and functions.
Manage options Manage services Manage vendors Read more about these purposes
View preferences
{title} {title} {title}
Scroll to Top