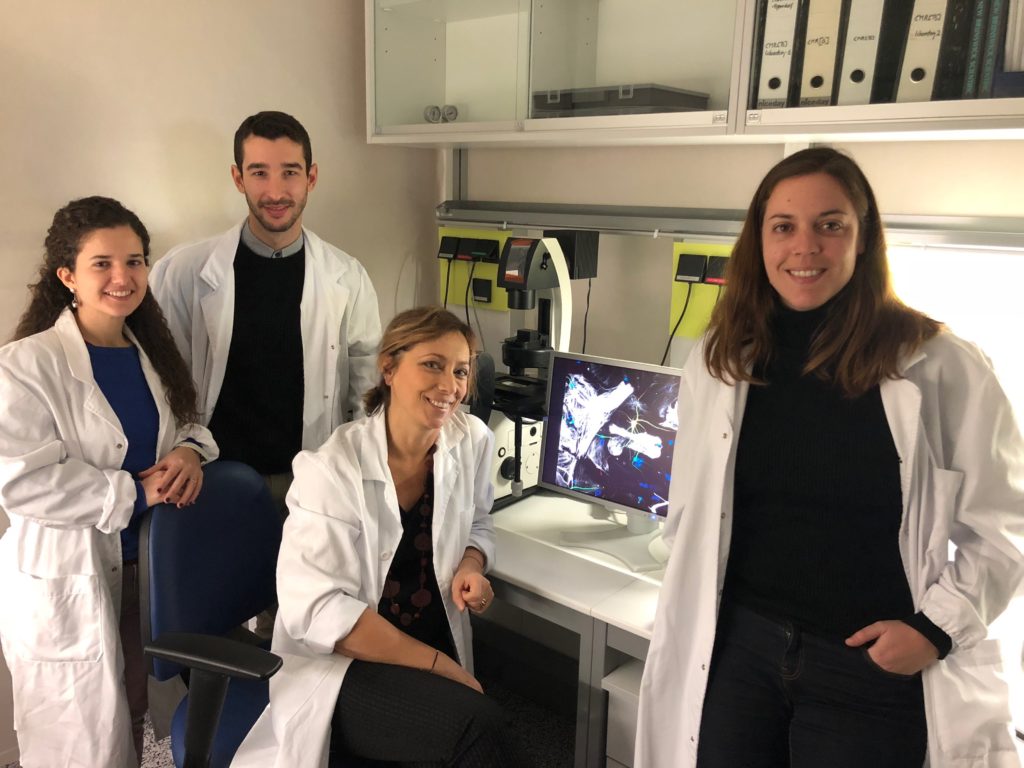 A team of scientists led by Prof. Antonella Consiglio from the IDIBELL and the University of Barcelona (UB), and Prof. Angel Raya from the Center of Regenerative Medicine of Barcelona (CMR[B]/IDIBELL) have discovered that defective versions of human brain cells called astrocytes are linked to the buildup of a toxic protein that is one the hallmarks of Parkinson’s disease. The studied astrocytes, derived from Parkinson’s disease patients with a genetic mutation that affects cell clean-up functions, caused more accumulation of the toxin, α -synuclein, than those derived from healthy individuals. The work, which appears January 10 in the journal Stem Cell Reports, suggests an important role for glial cells in Parkinson’s disease and offers potential new targets for developing therapies.

“Our overall results completely turn our previous view of the participation of astrocytes in Parkinson’s disease upside down. From mainly bystander cells with some early protective role, we believe they should now be considered as critical players that spread the disease and amplify the degree of neuronal degeneration,” says Consiglio, group leader at IDIBELL and prof. at the Faculty of Medicine and Health Sciences of the University of Barcelona, the Institute of Biomedicine of the UB (IBUB).

Star-shaped astrocytes extend branching tendrils around synapses and along blood vessels. It was known by post-mortem analysis of brain tissue from Parkinson’s disease patients that astrocytes showed abnormal accumulation of α-synuclein. However, this was interpreted by most researchers as a secondary response, as if astrocytes were trying to clear up α-synuclein aggregates from neurons.

In view of these previous studies, the researchers decided to develop a new cell culture system from human cells. Using cells derived from Parkinson’s patients with a LRRK2 mutation, in collaboration with Dr. E. Tolosa from the Unit of Movement Disorders at Hospital Clínic, in Barcelona, the researchers generated stem-cell-derived glia cells. “Our results show that astrocytes from Parkinson’s disease patients are altered, in the sense that they accumulate abnormal levels of α-synuclein”, adds Consiglio, who holds an ERC grant.

The researchers then used CRISPR gene editing to track the toxic α-synuclein as it was generated by the stem-cell-derived astrocytes and transferred to dopamine-producing neurons. “We found that the accumulation of α -synuclein caused the targeted neurons’ projecting branches–axons and dendrites–to shorten and disintegrate, resulting in neuronal death even to neurons from healthy individuals”, says Angelique di Domenico, co-first author and former postdoctoral fellow in the Consiglio  lab “In contrast, when healthy astrocytes were cultured with neurons from Parkinson’s disease patients, axons and dendrites regenerated and α -synuclein was prevented from accumulating, ultimately restoring neuronal function”, adds di Domenico.

The researchers used a drug–developed to treat abnormal intracellular buildup of toxic materials–on the Parkinson’s disease astrocytes. ” For this work, we tested, in collaboration with Prof. A.M. Cuervo from the Albert Einstein College, NY, the effect of drugs that restore the function of cellular degradation pathways, and found that they prevent the appearance of alterations in patients’ astrocytes, as well as the spread of the disease to dopaminergic neurons,” Prof. Raya says. “While these results pave the way to using astrocytes as a target for novel therapies, there is much to be learned before these treatments can be translated to human beings.”

“iPSCs derived from patients have undoubtedly accelerated advances in developing genuinely human experimental models of diseases; This work would not have been possible without the PD patients with Parkinson’s disease who participated in the study. From a more technological standpoint, we were really surprised by the results of our experiments on α-synuclein transfer, which were unambiguous”, Consiglio concludes. Next steps involve investigating astrocytes from the 85 to 90 percent of Parkinson’s cases that are sporadic, with no known genetic cause.