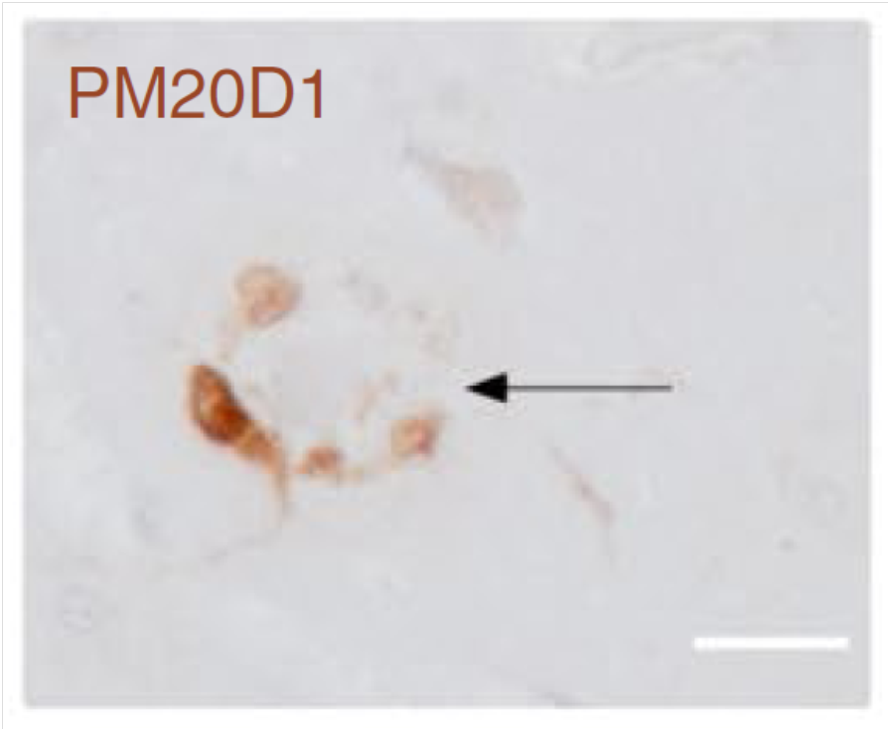 An article published in Nature Medicine with the collaboration of the research group of Dr. Manel Esteller, director of the Epigenetics and Cancer Biology Program of the Bellvitge Biomedical Research Institute (IDIBELL), ICREA Researcher and Professor of Genetics of the University of Barcelona, ​​and Drs. Dave Monk and Isidre Ferrer, from the same center, shows that the inheritance of small changes in DNA alters the expression of the PM20D1 gene and is associated with an increased risk of developing Alzheimer’s disease.

“Over the last seven years, we have created a detailed map of the epigenetic alterations that occur in the brain of people affected by Alzheimer’s and other dementias such as those associated with the so-called Lewy bodies or Parkinson’s disease. That allowed us to collaborate with Dr Johannes Gräff’s group in Lausanne, who noticed how one of the molecular lesions we had discovered was caused by inheriting a variation in the DNA sequence”- states Dr. Manel Esteller, co-author of the Nature Medicine study.

“This variation is associated with the loss of activity of a neuroprotective gene called PM20D1; whoever possesses the variation has a greater probability of suffering from Alzheimer’s disease, so people carrying these variants could be excellent candidates for clinical prevention trials of the disease in the future”- adds the IDIBELL researcher.

“The results obtained demonstrate the need for international scientific collaboration, mixing the different areas of experience in epigenetics, genetics, bioinformatics and neurosciences of each group. We are looking at an example of the usefulness of multidisciplinary research to tackle diseases as complex and devastating as dementia”, concludes Esteller.

Alzheimer’s disease is a neurodegenerative pathology increasingly frequent due to the progressive aging of the population in Western countries. There are no effective treatments for its cure and only certain drugs are able to relatively slow the progression of the disease if they are administered in the early stages. Beyond advanced age, the factors that cause it are unknown. The hereditary factor associated with high risk constitutes a minimum proportion of cases, but there appears to be a certain aggregation of cases in the same family higher than what would be expected by chance.

PM20D1 is a quantitative trait locus associated with Alzheimer’s disease

Share on Facebook
Share on Twitter
Share on Linkedin
Share on Email
Tweets by @idibell_cat
Tags: Cancer, Cancer Epigenetics, Neuropathology, Neuroscience Program,
Manage Cookie Consent
To provide the best experiences, we use technologies like cookies to store and/or access device information. Consenting to these technologies will allow us to process data such as browsing behavior or unique IDs on this site. Not consenting or withdrawing consent, may adversely affect certain features and functions.
Manage options Manage services Manage vendors Read more about these purposes
View preferences
{title} {title} {title}
Scroll to Top