Discovered epigenetic alterations in the brain of Alzheimer’s patients 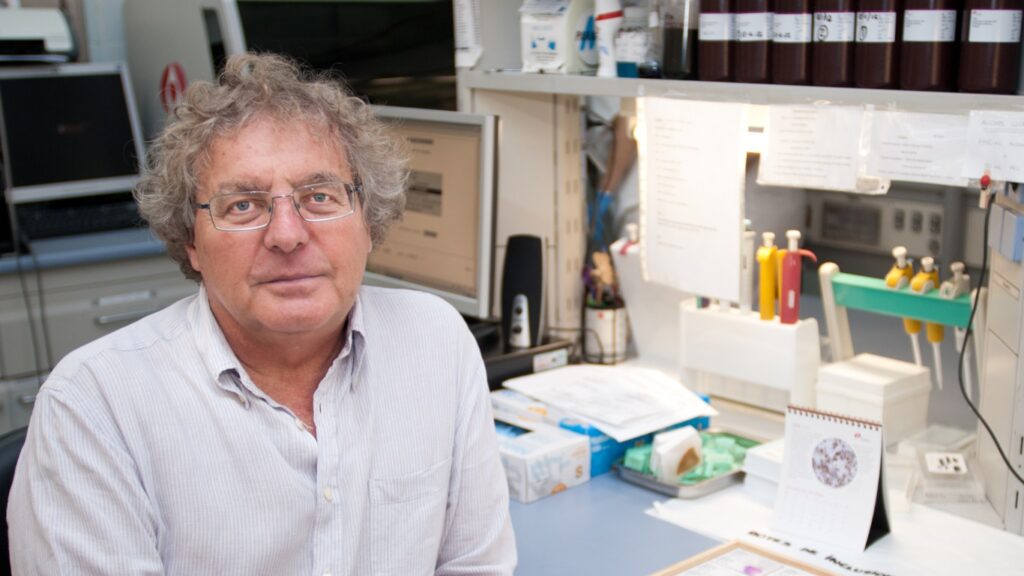 Although in a few cases of Alzheimer’s there is a hereditary component, usually the cause is unknown. In this regard, alterations in the genome activity could be involved in the onset of disease. Today, the prestigious international journal Brain publishes a paper led by Manel Esteller, Director of the Cancer Epigenetics and Biology Biomedical Research Institute (IDIBELL) , ICREA researcher and Professor of Genetics at the University of Barcelona , which shows by first time the existence of epigenetic aberrations in the brain of Alzheimer’s patients.

“We started studying the epigenetic differences of twelve different brain regions of mice. Among them we analyzed in greater depth the area of the head, the frontal cortex. We saw that when Alzheimer’s was induced in these animals, the epigenetic chemical signal called DNA methylation changed” explained Manel Esteller, director of the study.

Esteller stresses that the same changes were repeated in the brains of Alzheimer patients. ” In patients, epigenetic alterations affecting genes related to energy generation in neurons , formation of synapses ( the communication between neurons) and compasses that guide axons ( long tail neurons ) . ” According to Manel Esteller “this discovery is not only important to clarify the causes and biological basis of the disease,but to prove possible future treatments of it. In this sense, they are already using drugs with epigenetic effects in other diseases neurological disorders such as epilepsy.

This study was conducted in collaboration with the Neuropatholgy Institute of the IDIBELL, led by Isidre Ferrer, co-author of the article

Share on Facebook
Share on Twitter
Share on Linkedin
Share on Email
Tweets by @idibell_cat
Tags: Cancer, Neuropathology, Neuroscience Area, Neuroscience Program,
Manage Cookie Consent
To provide the best experiences, we use technologies like cookies to store and/or access device information. Consenting to these technologies will allow us to process data such as browsing behavior or unique IDs on this site. Not consenting or withdrawing consent, may adversely affect certain features and functions.
Manage options Manage services Manage vendors Read more about these purposes
View preferences
{title} {title} {title}
Scroll to Top